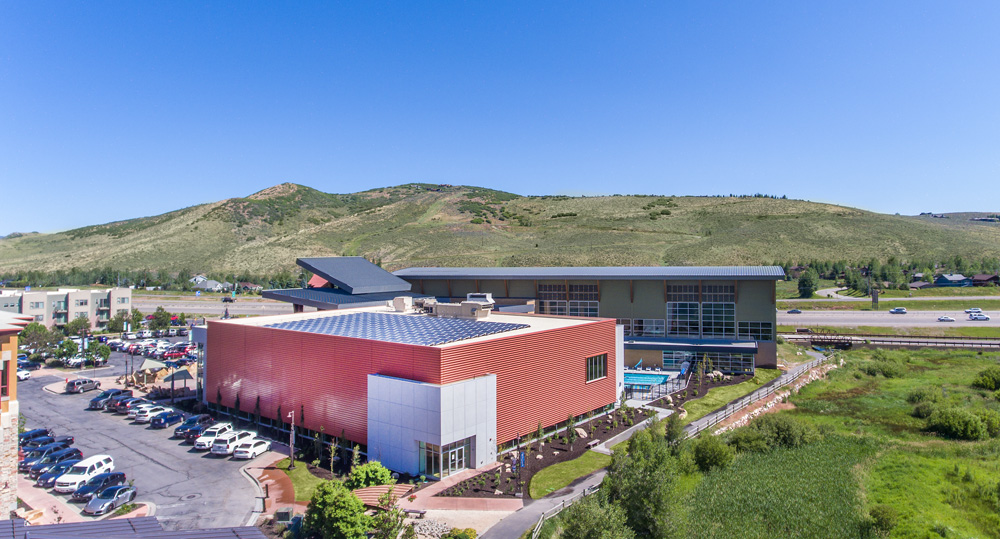 The Snyderville Basin Recreation District Fieldhouse is now able to offset around half the energy it uses in its new expansion with renewable power.

Due to a recently-completed solar power system installed on the building’s 20,000-foot expansion, the solar energy generated now offsets the energy used by the new wing by 50 percent.

The 266-panel solar array, funded in part by a $124,000 grant from Rocky Mountain Power’s Blue Sky customers, has been a major step in Basin Recreation’s goal to be sustainable in all of its operations.

Along with a multipurpose gym, the new expansion on the fieldhouse includes an outdoor lap pool and additional fitness space. The public can also monitor how much energy the solar panels are producing in real time, which is both on display at the building’s entrance and on the project’s solar generation page.

The Blue Sky program provides an easy and convenient way for customers to support the development of renewable energy resources in the western United States and in their state.

“We are grateful to our 44,862 Blue Sky customers in Utah who voluntarily support renewable energy production and help bring projects like this to life,” sad Keven Hoopiiaina, Renewable Energy Manager for Rocky Mountain Power.

About Rocky Mountain Power
Rocky Mountain Power is working to bring its customers more and more renewable energy choices. Its Blundell geothermal power plant near Milford, Utah, was the nation’s first geothermal plant built outside of California when it came online in 1984. It also has 13 utility-scale wind projects generating electricity for customers; and as part of its parent company – Berkshire Hathaway Energy – it ranks as the nation’s leading utility owner of wind capacity. Its renewable energy commitment continues with the Subscriber Solar Program which allows customers to buy locally produced solar energy without installing rooftop solar panels. Learn more about Rocky Mountain Power and renewable energy here.